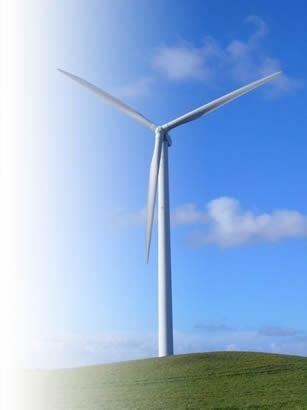 Renewable energy in South Africa is gathering momentum, with the announcement of a new 300MW wind farm under development near the agricultural region of Caledon in the southern Western Cape province.

According to engineering consulting company Arcus Gibb Africa, the ­project is known as Caledon Wind and is using the expertise and experience of Swiss-based wind power development company Genesys Wind, the project manager.
Reports also mention the involvement of South African engineering firm Thuthuka Group, as well as other local construction and cabling companies. Arcus Gibb is undertaking the environmental impact assessment, and has already published a number of related documents on its website.
The firm is calling for the participation of interested and/or affected parties. To date, organisations such as the Cape Bird Club, the Western Cape Birding Forum, and BirdLife South Africa have registered as such. Public meetings began in January 2010.
An environmental impact assessment takes place in four stages, from application, through to the scoping phase, then specialised assessment of the data gathered in the scoping phase, and finally, approval. A number of specialist studies were carried out, with regard to factors such as possible noise, aesthetic and geological implications, and the impact on flora, fauna, birds, agriculture, society, heritage and transportation.
The draft scoping report was published in December 2009, and is now available for comment.

The massive energy generation project will spread over an area of some 3,700ha, spanning 15 privately owned farms in the Theewaterskloof municipality near Caledon.
According to Genesys, the land has already been secured and the company has been conducting wind measurements since February 2009.
Up to 150 wind turbines, each capable of generating a maximum of 3.6MW of power, will soon dot the countryside. The immense structures stand 80m high from ground to hub, that is the central section where the blades come together, and each massive blade measures 40m in length.
The project is to take shape in 50MW increments, with the first stage starting in 2010. This phase is expected to take 12 months and the balance a further 36 months. Once complete, the wind farm will have a lifespan of around 20 years.
A number of associated infrastructure projects are also on the cards. These include foundations for the turbines, underground cables linking turbines to each other and to the national grid, and a road network.
One of the advantages of the site is that the entry point to the national grid is a mere 5km away.
Arcus Gibb has stated that the project will be registered with the UN Framework Convention for Climate Change under the Clean Development Mechanism. This is one of a number of Kyoto Protocol tools that allow developed countries to reach their emission reduction targets through alternative means.
If approved, this means that developed countries can invest in the wind farm as part of their carbon reduction strategy, trading and selling carbon credits earned through reducing emissions via the South African project.

With its abundant natural resources of sun, wind and water, South Africa is regarded as a prime candidate for increased use of renewable energy. The country is highly dependent on coal burning for power generation, but does have a number of hydroelectric plants, although only one nuclear power station.
Whatever the form of electricity generation, there are inherent advantages and disadvantages. In the case of wind farms, electricity may be generated by day or night as long as there is wind, and the process does not pollute the air at all.
Rural areas, where most wind farms are built, also benefit from job creation, while existing agriculture is minimally affected. Once the turbines are in place, the land can still be used for farming.
However, the turbines do present a danger to birds and other flying creatures, and may also impede the path of light aircraft.
But in the long run the local production of power will save consumers money by reducing electricity delivery costs and cutting down on the loss that occurs when electricity is run through power lines over long distances.