The southern Africa region is navigating the challenges of the energy transition with a push to renewables and other clean technologies, though natural gas will remain pivotal for the foreseeable future 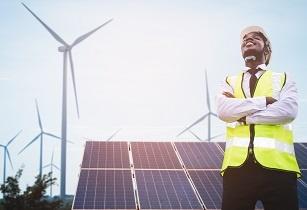 All countries in southern Africa are squaring up to the challenges posed by the energy transition. (Image source: Adobe Stock)

For decades, southern Africa’s power system has been, in large part, underpinned by the security of supply emanating from South Africa, where coal is king.

The economic powerhouse has been integral to the early days formation and evolution of the fledgling Southern African Power Pool (SAPP), which has helped support demand in neighbouring countries since its 1995. How things have changed.

With its home market now facing a crippling supply crunch, Eskom, South Africa’s state power utility, is frantically looking to plug gaps while faced with its own huge problems, including a massive debt pile. That’s at the same time as mounting environmental concerns, which have thrown doubt over coal use and other traditional thermal energy sources, accelerating the shift to renewables.

While coal remains the mainstay of South Africa’s energy system, meeting around 70% of installed power generation capacity, there is a clear move going on to cleaner alternatives.

But it’s also a problem that needs to be put into a wider perspective. Africa’s power sector overall contributes less than 2% of global CO2 emissions, and while South Africa accounts for a sizeable proportion of that, it’s only a relatively modest impact on a worldscale.

Find the report in full in the latest issue of African review here: https://www.africanreview.com/magazine-archives/african-review-june-2022