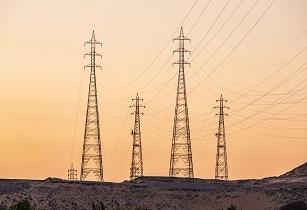 “Overall, we rate this plan as very good for its boldness and for recognising that the private sector, along with fixing the reliability of Eskom, is the solution to energy security going forward. The Minerals Council and its members, which are already active in coming up with solutions, are ready to play their part,” Baxter commented.

“The President and cabinet recognise that we have a fundamental energy crisis, and that there can be no more tinkering around the edges. This is a comprehensive overall reform plan, with the private sector playing a critical role in ensuring South Africa’s energy security into the future. We support this bold and ambitious plan.”

The Minerals Council stated that the mining industry can play an important role in reducing the pressure on Eskom which must undertake extensive maintenance of its fleet of aged and neglected power plants that have an average age in excess of 35 years and take old coal-fired plants out of service and repurposing them to renewable energy and battery storage solutions.

The Minerals Council also expressed support for President Ramaphosa’s establishment of a National Energy Crisis Committee drawn from key ministries and entities involved in the provision of electricity, and recommended that the right experts are consulted, including those from the Minerals Council, the Energy Intensive Users Group, and Business Unity South Africa.