Intelligent earplug adapted for offshore use

Scandinavian research organisation SINTEF is cooperating with the international energy company Statoil and the technology company Nacre in the development of next-generation hearing protection and communication technology for the offshore industry. 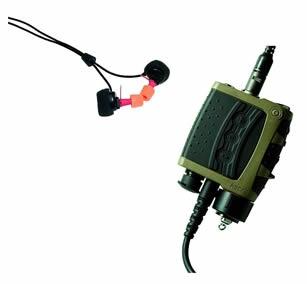 The aim of the collaborative project is to further develop the company’s “Quietpro intelligent earplug” technology, which has already been adopted by military forces all over the world.

Unique product
The earplug incorporates a mini-loudspeaker and internal and external microphones. In quiet surroundings the earplug “opens”, and the wearer can hear quite normally. When the noise level rises, the device filters out the noise as such, while speech is allowed to pass. Used in conjunction with any radio system, Quietpro is a complete communications terminal for noisy environments. It operates just as well in the engine room of a ship or on board an offshore platform as in a military vehicle.

Adapted for use offshore
Hearing loss caused by high noise levels is one of the most common work-related injuries in the world. Workers on offshore platforms and other extreme work environments are exposed to extremely high noise levels and are at risk of completely losing their hearing, and Statoil aims to do something about the situation.

Quietpro Offshore will measure the dose of noise received by the individual operative and emit a warning signal when the upper threshold for noise has been reached and the user should leave the area. The system will also give Statoil unique insight into the actual burden of noise borne by its operatives. Development of the civilian version of the earplug is already under way, and a pilot version will be ready by the end of the year.