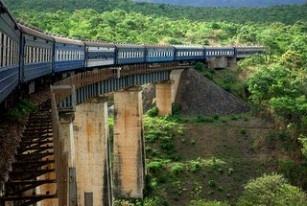 It was announced, following a recent meeting attended by TAZARA managing director Akashambatwa Mbikusita-Lewanika and Ministry of Finance officials, that the rail firm would initially receive US$3mn out of the US$9.2mn that it was allocated in the 2012 national budget.

According to Mbikusita-Lewanika, US$2.1mn has been earmarked for the Zambia State Insurance Corporation and the National Pension Scheme Authority to enable the two institutions to pay pension dues to retired TAZARA employees.

TAZARA public relations manager Conrad Simuchile said, “The balance of almost US$1mn is intended to meet the costs of civil works and procurement of additional maintenance equipment identified as being urgently required at the Mpika workshops.”

Mbikusita-Lewanika has said that greater financial aid will be required and has called on the government to include TAZARA in the 2013 budget.

“What is owed may have to be paid out in two or three additional annual instalments, because by the end of 2009 unremitted retirement dues in Zambia and Tanzania were already more than US$86mn, and that has been increasing ever since,” he elaborated.