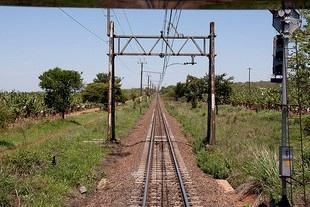 Never has the development of a transportation industry been so firmly dependant on correcting past practices. During the 19th and 20th centuries, when African nations’ rail systems were linked to the rail technology of the respective colonial power that administered their territories, rail systems developed independently.

Rail lines of the 15 member nations of the Southern Africa Development Community (SADC) must now conform to a common gauge of 1.67cm and efforts are underway to do so. Conforming on all other technical matters from maintenance to signalling systems is ongoing, involving constant meetings of rail officials and technicians.

Stephenson Ngubane, CEO of Swaziland Railway said, “Regionally, we want to integrate all rail services internationally, and expand the rail system. We must provide our customers with similar service for landlocked countries. The regional rail systems will be made compatible. Goods will move from one point to anywhere in the region without interruption.”

The line was built in 1964 to move iron ore from a mine to the port of Maputo. 50 years later, the terminus of the rail system’s 301km of track, the old iron ore mine, will be connected to the South African province of Gauteng, with a new line scheduled for operation in 2017. Movements of bulk goods like ore, and in the case of Swaziland, agricultural products such as raw sugar, are more cost-effective by rail than road.

In partnership with South Africa’s Transnet Freight Rail, Swaziland Rail will build to the country’s western border and link with a new line from the rail head at Lothair in South Africa, allowing cargo from Mpumalanga and Gauteng provinces to travel east and north through Swaziland’s rail system.

“The line is on schedule, and we are entering Phase 3. Phase 1 was concept and Phase 2 was the probability study, when we explored four route options. Where we are now, because we’ve selected the route, is the design phase, economic viability studies, land issues, everything that goes into planning. Phase 4 is construction,” Ngubane explained.

For a rail line dependant on transit traffic – this past year 2.8mn tonnes of magnetite and 1.7mn tonnes of phosphate originating in Phalaborwa, South Africa, were transported through Swaziland en-route to the sea – the new line is expected to raise company profits by 90 per cent, Ngubane said.

The British colonial authorities who administered the Swazi territory as a British protectorate from 1902 to 1968 consented to a local rail line in the 1960s, for freight purposes only. However, they agreed to a 1902 Portuguese proposal to build a rail line to the Swaziland border from present-day Maputo, which was accomplished by 1905, and agreed to a Zululand rail line to terminate at Swaziland’s eastern border at Golela in 1927.

Swaziland’s original line connected with the Maputo line in 1964, and a line was built to connect with the South African line at Golela in 1978. The line to Komatipoort opened in 1986, allowing South African rail freight to pass through Swaziland from one side to the other.

SARA feels the requisite security and stability exists throughout Southern Africa to concentrate on its master plan of regional rail integration. Tiny Swaziland’s rail system is proving a key link in that system that will soon see vastly more volumes moved by rail.