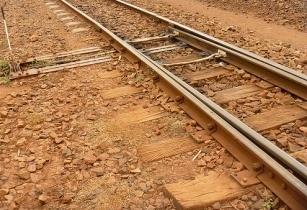 A railway line to connect Rwanda, Burundi and Tanzania is now under construction, according to Canadian consultancy firm, Canarail

The Dar es Salaam- Isaka-Kigali/Keza-Gitega-Musongoti railway project, which is set to cost US$5.2bn and will take four years to complete, is expected to lower Rwanda and Burundi’s transport costs.

“It will be to up the governments to solicit funds for the construction to commence,” said Donald Gillstrom, senior vice president and chief engineer at Canarail, during the presentation of a feasibility study.

Rwanda and Burundi have to bear high transportation costs of ferrying goods from both ports of Mombasa, Kenya and Dar es Salaam, Tanzania.

Analysts have said that this has increased the cost of doing business in the two countries.

The new railway line is also expected to cut the time it takes to transport cargo from Dar es Salaams by road from four days to two days by rail.

“There is no other way for Rwanda to cut the price of goods without this project.

"Air transport has its limitations especially the high transportation costs and the railway line would be more favourable to traders,” observed state minister of transport at the Ministry of Infrastructure, Dr Alex Nzahabwanimana.

Tanzania is currently seeking U$13.3bn to finance infrastructure projects that include railway lines, ports and roads to boost trade with regional partners.

Projects to benefit from the funding will include the rehabilitation of the railway line from Dar es Salaam to Tabora as well as the Kaliua-Mpanda line to Kasanga port on Lake Tanganyika.

“The project is crucial in linking Dar es Salaam port with the landlocked countries of Rwanda, Burundi and Uganda,” observed Dr Stergomena Tax, Tanzania’s permanent secretary in the Ministry of East African Community.

The cost of the project has been estimated at US$1.425bn.

At the same time, the Tanzania-Zambia Railway Authority (TAZARA) and the Zambia Railway Lit (ZRL) have signed a deal to expand the railway system to facilitate trade between southern and eastern Africa.

The new initiative will later include connection to DR Congo and will enhance trade between Zambia, DR Congo and the port of Dar es Salaam.