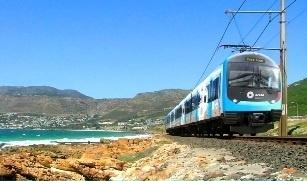 Alstom has announced that its joint venture company Gibela has signed a US$5.14bn deal with the Passenger Rail Authority of South Africa (PRASA) to supply the country with 600 passenger trains between 2015 and 2025

The French conglomerate owns a 61 per cent stake in Gibela with the remaining interests controlled by South African firms.

According to Alstom, each single-deck train that it will supply to PRASA comprises six cars, with a capacity to transport about 1,300 passengers. The deal includes setting up a train manufacturing facility in Ekurhuleni, east of Johannesburg.

Construction of the facility is expected to start in early 2014 and the factory is due to come on-stream in 2015. The first 20 trains will be manufactured in Lapa, Brazil. Alstom’s French sites, Ornans, Tarbes, Villeurbanne and Saint-Ouen, will get involved in the project in the long-term, the company said.

To date, this is the largest contract for Alstom, the company said.

PRASA chief executive officer Lucky Montana said, “The PRASA fleet renewal programme is the catalyst for the transformation of Metrorail services and public transport in South Africa as a whole. It is the beginning of the roll-out of the government’s comprehensive rail programme.”

Alstom chief executive officer Henri Poupart-Lafarge said, “Alstom is proud to have been selected by PRASA. We are fully committed to mobilising the best of our technology and expertise through our South African joint venture Gibela.”