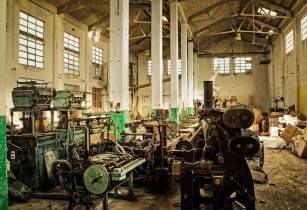 Chairman of Zimbabwe Clothing Manufacturers’ Association (ZCMA), Jeremy Youmans, said that clothing manufacturers welcome the government’s recent directive to ban the import of second-hand clothing as it will provide a boon to their operations.

“We welcome the stance taken by government because the ban is going to create more opportunities for us as an industry. We have now set a 100 per cent capacity utilisation benchmark in the next five years. The entire industry is currently operating at 45 per cent capacity and obviously some companies face difficulties but we are always optimistic of reaching that milestone. We are calling for flexible labour laws as well for us to achieve our goal,” said Youmans.

The ban on importing second-hand clothes has been announced by the government in an attempt to resuscitate the local economy. According to Youmans, the entire clothing industry requires about US$5mn to replace old machinery and to address working capital constraints.

“Recapitalisation in the clothing and textile industry is not a big issue because most of our machinery is not expensive to replace,” he said.

Other than doubling its capacity utilisation, the clothing and textile industry is also targeting a 400 per cent growth in employment figures and by 2020, it hopes to employ about 40,000 people.