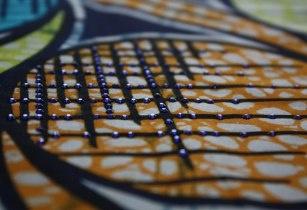 A second hand ban for leather and apparel products in East Africa could come in place, according to The East African Community Secretariat

The East African Community Secretariat is planning to facilitate for the phasing-out of second-hand leather and apparels products, in line with a directive of the last EAC heads of state summit. The 17th Ordinary Summit of the EAC heads of state directed partner states to procure their textile and footwear requirements where quality and supply are competitively available. The view is to phase out importation of used textiles and footwear within three years.

As the region seeks to promote industries in the textile and leather sector, it is important to gauge the preparation by the industry to fill the gap left by the ban. The industry may need support measures and incentives to expand investment in order to meet the sudden rise in demand for products.

Governments in Africa may need to rethink and re-strategise on a more viable means of promoting the textile industry in the region even as it plans to phase out second-hand clothes.

The ban will be unpopular with East Africans as many second hand clothes are costly and poorer quality, and inevitably, the poorest will suffer. The industry also employs thousands, directly and indirectly, so it could plunge many into poverty.

Many factors have adversely affected the sector, including liberalisation of the economy in the 1990s. The influx of textiles into the region became a major problem, with the average capacity of utilisation in the textile mills reduced to about 50 per cent.

In Kenya, for example, the textile sector was once the fifth largest foreign exchange earner in Kenya, but dropped to a minute contribution of the Gross Domestic Product from the mid and late 1990s.

Governments may need to support the sector in a way that the local textile industry provides quality products at an affordable price while at the same time offering thousands of jobs.