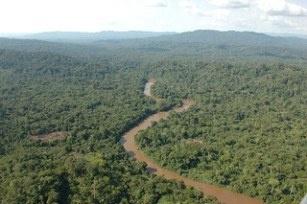 A UN-backed forest-monitoring initiative, valued at approximately US$7.3mn, will see 10 central African countries unite in the interest of protecting the region’s forests

In establishing national forest monitoring systems, which will provide detailed information and, subsequently, a greater understanding of the state of the forests, the project is intended to prevent current deforestation threats, such as unsustainable land usage and logging and mining.

Although funding for the project has been supplied by the Congo Basin Forests Fund, launched by Norway and the UK via the African Development Bank (AfDB), the Central Africa Forests Commission (COMIFAC) and the UN Food and Agriculture Organisation (FAO) will jointly oversee its management.

The continent’s Congo Basin, the world’s second largest primary rainforest consisting of 200mn ha of forest stretching across seven African nations and supporting the livelihoods of approximately 60mn people, is the key focus of the project.

The FAO said in a statement, "The impact of the direct threats, the rates of forest cover change, and the subsequent emissions from deforestation and forest degradation activities remain poorly understood due to the lack of up-to-date and accurate information on the current state of forests in the region."

Under the initiative, the FAO will provide remote sensing technologies which will estimate forest cover, forest cover change, as well as the amount of carbon stocks contained in the forest.

The central African countries involved in the project include Chad, Cameroon, Burundi, and Gabon.