AEG Power Solutions, a global provider of power supply systems and solutions for all types of critical and demanding applications, has successfully commissioned its Convert SC Flex with 1 MW capacity in the Rembrandt Mall project in Paarl, South Africa 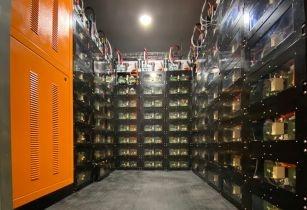 The storage converter forms together with solar panels and lithium-ion batteries an island grid – allowing the mall to be independent from the local public power grid during the day.

South Africa’s power grid is facing several outages daily – especially during the peak times of 7-10am in the morning and 6-8pm in the evening. Prices per kWh vary between 2,20 RAND for peak times and 1,20 RAND at midday to 0,80 RAND at night. Since the energy crisis in 2008 Eskom’s electricity prices have been skyrocketing by eight times of their initial rates. While energy prices depend highly on the peak consumption and the notifying period, the new system helps through peak shaving, lowering the energy contract prices to a minimum.

Rembrandt Mall is now taking power independency into own hands by combining PV panels with a 0.9 MWh battery energy storage to form Its own grid with advanced hybrid UPS (uninterruptible power supply) capabilities. One storage converter is connected to the power grid and charges the batteries during the nighttime at low electricity prices. During daytime the system switches to off-grid mode powering the shopping mall via the connected solar panels. The second converter forms the local micro grid and works as UPS which is backed up by a genset to cover wintertime and rainy seasons.

Currently the system comprises eleven 82 kWh batteries and will be extended in the coming weeks to 1.2 MWh battery capacity in total. “The decision to use lithium-ion batteries was based on their long durability of 6000 charging cycles which leads to a battery lifespan of approximately 15 years in the current setup. Another advantage of AEG Power Solutions’ storage converter is its grid-friendly integration with low harmonics which is a significant factor for electricity grids with low stability,” explained Dawie Joubert, the owner of the shopping mall.

The system has been fully running since July 2021 and has an expected amortisation period of four to five years.