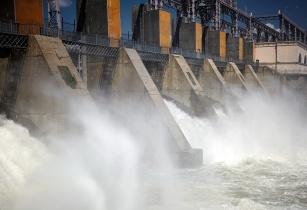 Connected to Uganda's national grid, the run-of-river plant has a capacity of 7.8 MW. Uganda’s installed electricity capacity is increasing by 7.8 MW beause of the run-of-river power plant that has just been commissioned by Serengeti Energy, based in Nairobi, Kenya, formerly known as responsAbility Renewable Energy Holding (rAREH). The plant is located on the Nyamwamba River in the Kasese district of western Uganda.

The Sri Lankan company Saems Hydro was responsible for the balance of plant and civil works for this hydroelectric project. Austrian company Andritz was responsible for the electromechanical work in collaboration with Zutari, the project engineer. The electricity generated by the run-of-river plant is therefore sold to Uganda Electricity Transmission Company Limited (UETCL). The electricity is fed into Uganda’s national grid from the Nkenda substation, which plays a crucial role in supplying various industrial load centres in western Uganda and will be a hub for future electricity exports to neighbouring Democratic Republic of Congo (DRC). Although financial close is expected in the second quarter of 2022, the project required an investment of US$22mn.

According to Serengeti Energy, Nyamwamba II hydropower plant is capable of providing electricity to 161,000 Ugandan households, creating 25 jobs during the start-up phase and reducing emissions by 18,000 tonnes of CO2 equivalent per year.