Kinetiko preparing for Amersfoort gas to power go ahead 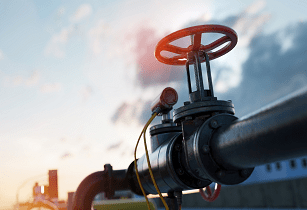 Kinetiko Energy Ltd, an Australian gas explorer and developer focused on advanced shallow conventional gas and coal bed methane (CBM) opportunities in South Africa, has provided an update on its Amersfoort gas to power (GTP) project in the country

Kinetiko CEO, Nick de Blocq, commented, “The overall gassy sandstone geology evidenced by logging and testing the three new Korhaan wells has given us a lot of confidence that we have long-term feedstock support for the Amersfoort GTP project; with further cluster development available to supply increasing power output to an extremely energy hungry nation. This conviction has also spread to achieving maiden gas reserve certification and we have now engaged Sproule B.V. to undertake this assessment and certification.”

The Korhaan project exploration focused on gas-laden sandstones, coal and other carbonaceous structures over an interval of 130 m to 450 m. In all three wells, gas was produced from the upper zones immediately under the cased dolorite and continued to produce gas almost all the way down to terminal depth in each case. An average of over 100 m of gassy sand pay-zone per well was encountered across the cluster

Korhaan-3 and Korhaan-4 have tested at commercial production rates, while Korhaan-5 appears to have landed in a smaller compartment, which is supported by a neighbouring large compartment, separated by a thin dyke wall, and currently has provided sub-commercial flow rates – although plans are now being assess to re-drill the well.

Added to the existing wells Korhaan-1 and Korhaan-2, gas produced from the five wells is anticipated to over-supply the GTP project and provide the advantage of managing the production to better support reservoir longevity.

Kinetiko is working with Vutomi Energy (Pty) Ltd., a highly experienced Gas-To-Power partner, on the programme which entails using existing wells at Amersfoort to produce gas to an in-field, containerised generator linked to the existing grid running through the farmlands. The first phase commissioning and testing will be undertaken targeting 1MW of output. Further phases are planned for the upgrading of the conductors and transformers to enable scalable modular increased output to 5MW.

The GTP project is planned to be operated in three phases which will include proof of drive involving gas from a single well to the generator and commissioning of equipment to undertake load and compliance testing; connecting and supplying the existing community electricity grid with an initial output of 1MW; and finally advancing infrastructure and adding machinery to enable a 500% output increase.

Eskom has already issued electricity production licences and deign approvals for the level of power output and final permits to process are expected soon.