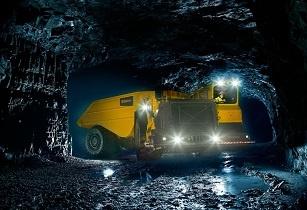 Epiroc, a leading productivity and sustainability partner for the mining and infrastructure industries, has won a large order from Kamoa Copper SA for mining equipment that will be used at a large underground mine in the Democratic Republic of the Congo

The machines will be used at the Kamoa-Kakula mine, where Epiroc will also provide on-site technical support and operator training. The mine, which began commercial production in 2021, is being powered by clean, renewable hydro-generated electricity.

Through planned phased expansions, Kamoa-Kakula is positioned to become one of the world's largest copper-producing mines.

“The new Kamoa-Kakula mine is a very exciting and climate-ambitious project,” remarked Helena Hedblom, president and CEO of Epiroc. “We are proud to contribute to the mine’s safety, energy efficiency and productivity through our state-of-the-art products and solutions.”

All units will be equipped with Epiroc’s telematics system, which allows for intelligent monitoring of machine performance and productivity in real-time. The Minetruck MT65 and Scooptram ST18 machines will have Epiroc’s Rig Control System, RCS, installed, making them ready for Epiroc 6th Sense functionality such as remote control and automation.